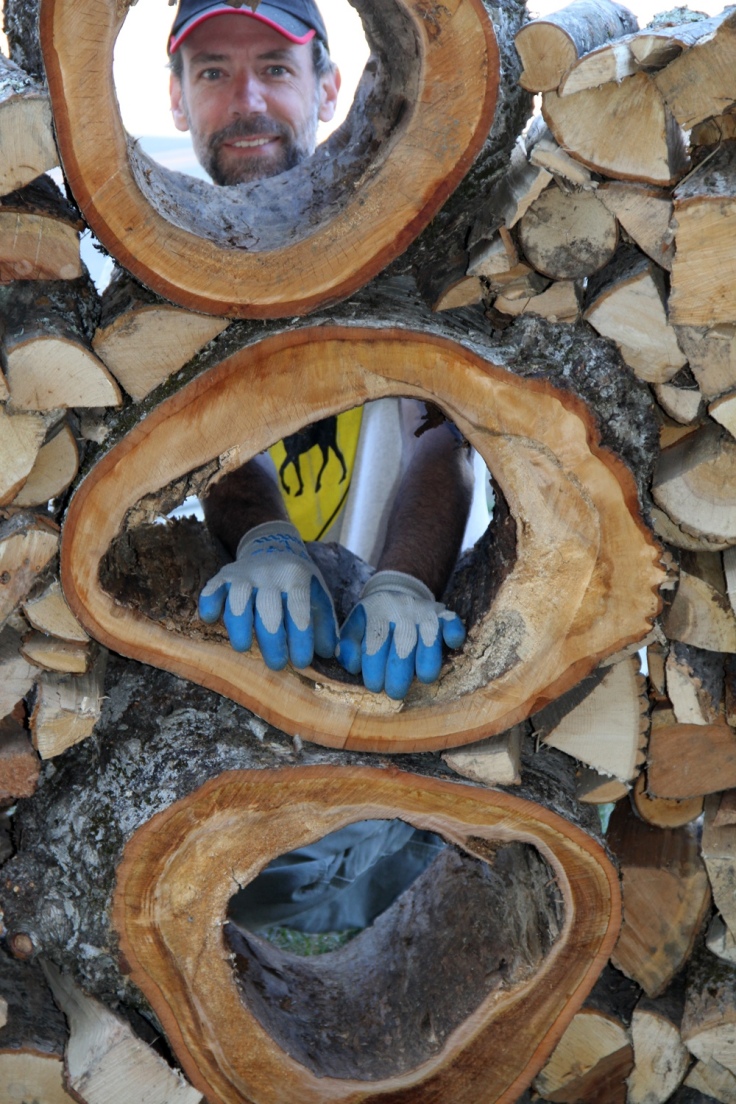 I walked into the opening exhibit party at the Brattleboro Museum & Art Center last March, as the champagne was flowing. The artists stood around awkwardly on stage as chief curator, Mara Williams, ushered them up one by one. On the platform that was once the ticketing area for a busy train station, this group of talented painters, sculptors, photographers, and installation artists, were on a stage of sorts, though some looked rather like they’d prefer to be taking off on a train to somewhere far away.

All awkwardness aside, the show that opened at the BMAC was themed around the tree as metaphor.

Included in this group, is Wilmington, Vermont artist/welder/metal worker, John Gerding. One of his sculptures—an installation outside the building in the museum’s new sculpture garden (dedicated to legal scholar, Daniel Freed, a long-time supporter of the BMAC)—caught my eye.

I ended up writing a commentary about it for Vermont Public Radio, which you can listen to, but mostly, I wanted to post some photos of Gerding at work, and his process—he, himself, does not have a website, but I am helping him, and his wife, Jen Violette, get some publicity for their work at her glassblowing studio in Wilmington, Vermont.

John has an intrinsic sense of design, and he is humble and funny, and he is thrilled with all the publicity he is getting about his whimsical wood stacks. I want him to come to my house and design my 2 cords that I just got delivered! Hopefully, the publicity will help their fledgling business at http://www.jenviolette.com/.

In the photos, you can see their two boys playing around the stacks, John’s “Arc” piece, which I also love.

Arial photo of John & Ring is by Kelly Fletcher(Brattleboro)
Jen took the remaining photos of John’s Arc piece & their boys myself, & John took the one of Jen.

I’ll end with the last lines of a Robert Frost poem, called “Woodpile.”

. . . Someone who lived in turning to fresh tasks
Could so forget his handiwork on which
He spent himself, the labor of his ax,
And leave it there far from a useful fireplace
To warm the frozen swamp as best it could
With the slow smokeless burning of decay.

2 thoughts on “Woodpile—Art and Necessity”